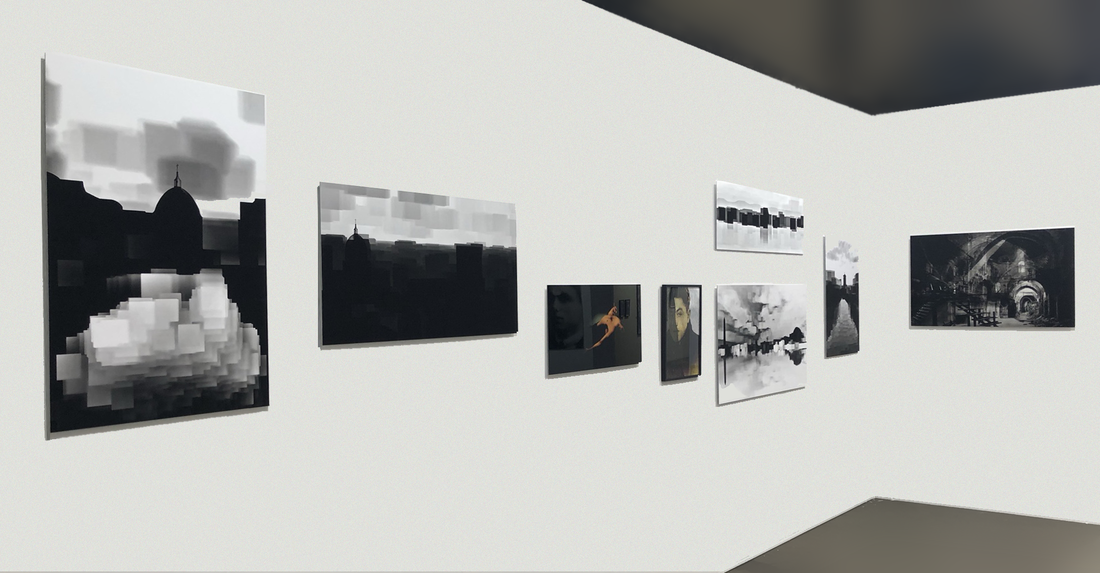 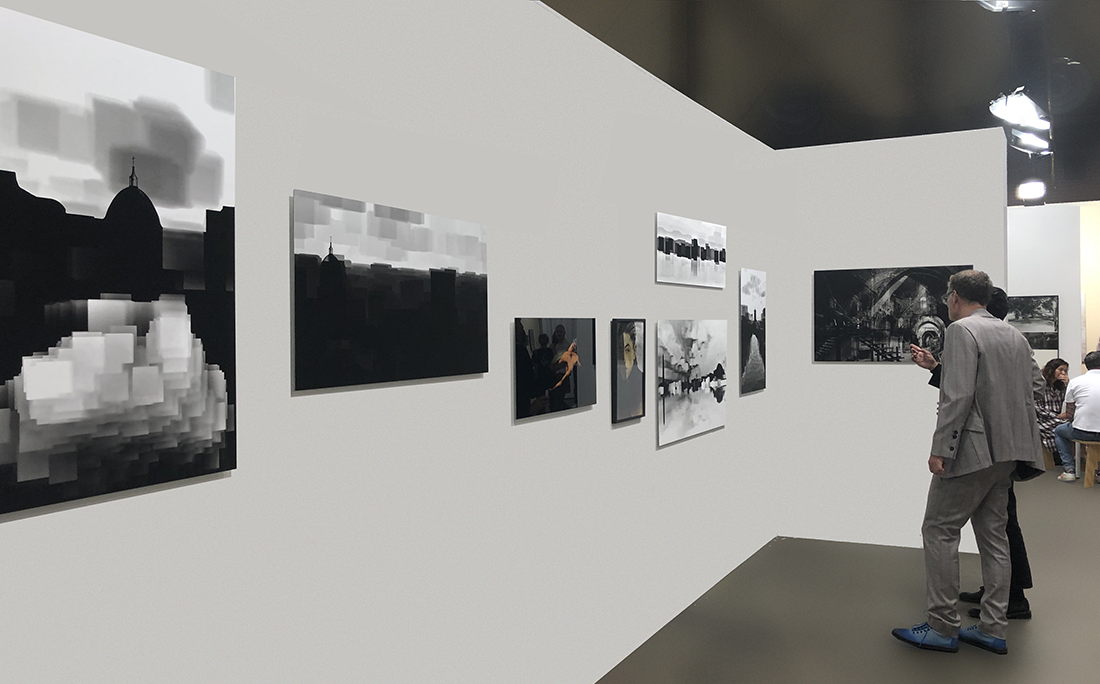 Since its premiere on a wide screen – March 2014 at Cinedance, EYE Film Museum, Amsterdam – the short film Intrinsic Moral Evil has been screened at 250+ festivals and venues worldwide.
​Details about screenings at page Exhibitions.

Intrinsic Moral Evil received 53 awards: 43 as best short film in various categories, 10 with an honourable or special mention.
​
In the stats below an overview per:
A detailed overview of the awards can be found on the Films & Video page.​

In a three-day event Bradwolff Projects (Amsterdam) investigates the relationship between dance/performance and art. What is the influence of art on dance and vice versa? Is there an urgency? What are visions for the future?
These questions are examined through four pieces that question different relationships: the relationship between dance/performance and objects; dance in relation to space; art being transformed in space; the relationship of film on dance; and the affinity between 'dance about dance' and dance that can make a statement about the world.
Harm Weistra participated with the video installation Damaged Goods (2011).

The Aperture Summer Open is an annual open-submission exhibition at Aperture Foundation’s gallery that features a wide variety of work drawn from members of their photographic community. Curated by Eric Gottesman, Hank Willis Thomas, and Wyatt Gallery, the exhibition offers a photographic response to Franklin D. Roosevelt’s Four Freedoms: freedom of speech, freedom of religion, freedom from want, and freedom from fear. The photographers and image-makers selected for inclusion, each address these issues in their work in varying ways. Harm Weistra's work Carceri dei Danni Collaterali (2017) has been selected for the 2017 edition of Aperture Summer Open.

By merging multiple images of bombed and destroyed buildings in Syria, Weistra has created five collages inspired by and referring to Giovanni Battista Piranesi's sixteen famous prison etchings Carceri d'invenzione (Imaginary Prisons), fantastical aggregations of structures that did not exist in real life. Based on found footage, Weistra constructed contemporary 'aggregations of structures'. These compilations and assemblages of bombed buildings symbolize how Syrian civilians, unable to leave their cities under attack, take the freedom to utilize these 'carceri' to continue their life.

Family of Man - a solo presentation by Dutch artist Harm Weistra - focuses on the life of citizens during the war in Syria. By juxtaposing everyday newspaper images with his own photography, Weistra invites the audience to look at contemporary issues from an original perspective.
The title of this series is a direct reference to a 1955 MoMa exhibition, presented as "a mirror of the universal elements and emotions in the everydayness of life.” Weistra's series emphasize the differences by literally colliding found footage with images from his personal database, underlining that these differences strongly relate to where one is born.

Carceri dei Danni Collaterali is the second series within Family of Man. By merging multiple images of bombed and destroyed buildings, the artist creates Carceri dei Danni Collaterali (Prisons of Collateral Damage), referring to Giovanni Battista Piranesi's prison etchings Carceri d'Invenzione. Like Piranesi, Weistra creates capriccio, contemporary 'aggregation of structures' with footage he found on the internet. Resulting in compilations and assemblages of buildings, symbolizing the prisons Syrian civilians are forced to live in, being unable to leave their cities under attack.

Seen but Unnoticed targets the tipping point where images of conflict and war no longer leave traces in our mind. Although observed, the images aren't consciously perceived anymore. This growing disinterest is due to one of the most fundamental learning processes of biological systems: a mechanism of ignoring repeating stimuli that emerge too often, so the focus can be on what is relevant and demands attention.

The works that constitute Seen but Unnoticed investigate how we're getting accustomed to violence, cruelty, and war. The 24/7 availability of the image driven digital media, undoubtedly strengthen habituation and shorten the time span in which we lose attention. The installation invites viewers to contemplate on this paradoxical loss of interest, while at the same time questioning at what point habituation becomes a threat.

The exhibition Seen but Unnoticed consist of the work Habituation, Rooftop View and the installation Requiem for a Falling Man. With this collaborative installation Harm Weistra & Eddi Bal pay tribute to the unidentified gay men who where thrown off buildings by ISIS. The work is meant as a ceremoniously farewell, for all gay men who didn't survive this terror. The central focus of this installation is the animation Echo of Falling Man, that can be seen as an afterimage. By mirroring the iconic Richard Drew photo of a ‘falling man’, who jumped out of the World Trade Center during the 9/11 attacks in New York, the work symbolizes the relationship between the Al-Qaeda attacks in New York and the terror ISIS spreads through the Middle East.

With over 20 participating Rotterdam galleries and art institutions, Poetry International presented in 2017 the fifth Language & Art Gallery Tour. Spread over the city, the tour showed the work of visual artists whose language, word and poetry are a source of inspiration or part of their work. Harm Weistra's solo exhibition Family of Man and the collaborative installation Requiem for a Falling Man of Harm Weistra & Eddi Bal were included in the 2017 Gallery Tour. On June the 2nd, the Australian poet John Kinsella and on June the 3rd the Chinese poet Zang Di presented work that reflected the art in gallery JOEY RAMONE.

​At the fifth edition of the annual exhibition Prospects & Concepts, the Mondriaan Fund presented work by 65 visual artists who received in 2015 the Stipendium for Emerging Artists. Prospects & Concepts is part of the international art fair Art Rotterdam.

Harm Weistra participated with three works from his installation Seen but Unnoticed. The title targets the tipping point where images of conflict and war no longer leave traces in our mind. Although observed, the images aren't consciously perceived anymore. The artist got intrigued, noticing his growing indifference, although initially overwhelmed by the cruelties in the Middle East. He found out that his disinterest is due to one of the most fundamental learning processes of biological systems. A mechanism of ignoring repeating stimuli that emerge too often. This so-called process of habituation allows to filter out large amounts of sensory information, so the focus can be on what's relevant and what really demands attention.

The works that constitute the installation investigate how we're getting accustomed to violence, cruelty, and war. The 24/7 availability of the image driven digital media, undoubtedly strengthen habituation and shorten the time span in which we lose attention.