With the work Echo of Falling Man, the artists Harm Weistra & Eddi Bal ‘reanimate’ a picture of one of the unidentified gay men, killed by ISIS by throwing them off buildings. The work can be seen as an afterimage, mirroring the iconic Richard Drew photo of a ‘falling man’, who jumped out of the World Trade Center during the 9/11 attacks in New York. On a deeper level, the animation symbolizes the relationship between the Al-Qaeda attacks in New York and the terror ISIS spread through the Middle East.

Intrinsic Moral Evil seems to be a tale of identity and coming of age. But above all, the three dancers play with the viewer’s perception and expectations: is it a memory, a dream, a search for identity ? Is it about losing friendship or about growing up? The layered story gradually develops; revealing its last secrets just before the end credits start. Inviting the audience to reflect and to make its own interpretation.

It all started with a simple concept for a short video about identity and perception. The basic idea was to play with the identity of two dancers, in order to confuse the audience and to seduce them to reflect on how they perceive the world. It ended with almost 7 hours of footage. The originally simple idea gradually turned into a multi layered story, depicted in a ten-minute film, with three dancers, still playing with identity and perception, but addressing various issues on multiple levels.

On a conceptual level, the film is connected to the ideas about identity of the French philosopher Foucault, who rejected the idea of having a fixed identity. He considered identity as a temporary construction, expressed in one’s interactions with the other. Intrinsic Moral Evil plays with this concept by projecting Foucault’s idea’s on the interactions between the dancers.

Foucault constructed his thoughts by elaborating on the idea of the ‘performative self’, as expressed by the Canadian sociologist Goffman. In short: life can be seen as a theater in which we play roles, performing differently in different social contexts. The three dancers literally perform in a ‘theater’, playing roles in different configurations. Besides this literal play, their dance can be seen as a metaphor. A metaphor for growing up as young adults.

The voice-over and the postcriptum serve as a foundation that hold the story. By positioning the story in the context of the value system of Christianity, the film reflects the ongoing discussions and debates about to which extent man may follow his nature and to which extent society can force minorities to live in accordance with what the majority considers as acceptable.

But at the end, it's as well a story about growing up, searching for identity, coming of age and freeing oneself from the imposed ideas about how to live ones life.

I love dance films and especially short artsy ones. I have seen a lot in our dance film festival and some of what I’ve seen has left a void in my heart – like “Intrinsic Moral Evil” (dir. Harm Weistra, Netherlands) and “Off Ground” (dir. Boudewijn Koole, Netherlands).

Dutch filmmaker Harm Weistra’s multi-award-winning short romance Intrinsic Moral Evil appears at first to be about the transition from innocence to experience, told through the medium of dance. The camera moves and glides, slows down and speeds up to match the dynamic movements of the dancers. (…) It’s a film of grace and beauty that toys with viewer perceptions and suggests layers of meaning concerning gender, identity, memory, and loss.

A change of pace from other entries in Iris 2015, Harm Weistra’s Intrinsic Moral Evil is a dialogue-free dance piece with an impressively layered narrative.
The dancers are, of course, brilliant, and the cinematography is very well-executed throughout. The whole concept for this is a little different and leaves the viewer on the back foot (as it were) and with plenty to talk about afterwards which, in this reviewer’s opinion, is exactly what a good short film should do.
And, of course, all three dancers involved are extremely sexy and that’s very nice too.

"The film Intrinsic Moral Evil opens with a danced meeting of forces between two boys in an anonymous space, and gets an unexpected twist when a third dancer emerges. When one of them has to clear the stage, this leads to a sensual dance. A voice-over of an adult man reflects on how the 'being' of a young man relates to the impossibility of really knowing. The story develops gradually and unveils its latest secret just before the credits start. The choreography gets an additional meaning through a postscript and the contemplation of the voice-over."

Intrinsic Moral Evil, a collaboration between filmmaker Harm Weistra and choreographer Fernando Dominguez Rincon, follows a male protagonist alone in the middle of a darkened marbled interior. Approached by another man, he enters into a playful game of magnetism, their bodies attracting and repelling each other in sinuous sensuality. Stasis brings forth a third person, the one that separates the two and lures the protagonist in his narrative’s metaphor of personal (sexual) development. Their embracing dance cut short, he is left once again on his own, this time with an assurance and understanding that radiates in the tomb-like interior. A game of attractions and identity, chasing each other to their final destination – that of self-empowerment and pride, glowing in the face of prejudice.

Visual pearl on identity plays with perception and expectations.
A tale of identity: What you see, will not be what you get.

Just saw this short at Amsterdam's 18th LGBT Film Festival - Roze Filmdagen 2015 - and was impressed by the filming of a beautifully danced duo and trio. This is a visual pearl, using slow motion to great advantage, of beautiful bodies presenting us with an opportunity to be touched by our perceptions and expectations. The (..) dancer presses our buttons: what we see won't be necessarily what we get.

First National Screendance Award of the 6th Screendance Touring Festival Agite y Sirva 2014 goes to Intrinsic Moral Evil - choreography Fernando Domínguez, director Harm Weistra - for the beautiful integration of choreography with the language of film. Appreciation also for the interpretation of the three dancers, who involve the audience in the complexity of human relationships, the strength of the desire and the game of seduction. The light on location not only contributes to the quality of the image, but enriches the dramatic impact. This also applies to the editing and post-production, that strengthen the dance and the emotion of the characters.

“Our committee was speechless.”

The director presents a very nice narrative, but I suggest you just watch it and make up your own story. Either way it works well, with clever slow motion capture that is interspersed with effective camera angles.


One of the shorts "Intrinsic Moral Evil" is a cool and evocative triangle that brings into question sexuality - gay, straight and undecided.

Intrinsic Moral Evil seems at first to be a tale of identity and adulthood, but more than anything it’s playing a game with the viewer’s expectation.

The award-winning short film Intrinsic Moral Evil is a Dutch production of Harm Weistra. The flowing choreography for three dancers alludes to the ending of a friendship with the arrival of a third "ambiguous intruder". Is the main dancer fascinated by that 'vagueness'; is that why he abandons the other?

Intrinsic Moral Evil. From the Netherlands, a very unusual short that's more of a performance video than a narrative, in which the concepts of homosexuality and youth are expressed in interpretive dance. Excellent cinematography and editing that uses the Zack-Snyder-slow-down-then-speed-up trick well. Quite fascinating and hypnotic.

The audience's choice: "Intrinsic Moral Evil". What a great short film. If you have the chance - watch it!

… the raising of identity and perception in the beautiful pas de deux Intrinsic Moral Evil, Amuse-bouche sets the tone of the festival.

Best Art Film - Intrinsic Moral Evil – Normally I'd wonder what the point is of putting a stage-bound medium on film, though there's enough cinematic flourishes to justify the use of the medium. It is alright. Definitely at the more abstract end of the spectrum.

Randy Shulman at metroweekly.com on Reel Affirmations 2016 Washington (US)

PhillyGayCalendar.com about qFLIX Philadelphia (US), the LGBTQ+ Film Festival 2018

A “great ability to give life to a sensitive and deep story through dance. (…)The result is completely immersive. (…)The choreography is very well made. Great interaction between the three protagonists who perform them with professionalism and sensitivity.”

Written comments - posted on YouTube and for this video in dialogue articulated by two voice actors - are the starting point of Damaged Goods. The comments seem to guide the movements of two male dancers, ultimately influencing to what extent they dare to live their lives. The contrast between the comments and the intimacy of the dancers invites the viewer to reflect and to take a stand. Although the video seems to focus on the gay community, it has a broader relevance, in the sense that the video shows the impact of the internet and social media on the life of individuals and groups. The video can be seen as a metaphor for the mechanism of oppression of people who deviate from what is considered the norm. Apparent tolerance, as a latent form of control that forces individuals to live within socially acceptable boundaries, can also be seen as a major theme of Damaged Goods.

​2016      Winner Best Experimental Film at Carmarthen Bay Film Festival, Llanelli (GB)
2014      Award of Merit at Indie Fest, La Jolla CA (US)
2013      Awarded third price at SurReal || Iberoamerican Videodance Competition, Berlin (DE)
2011/2012 NeuNow Festival of the European League of Institutes of the Arts (ELIA), selected as one of the 10 most promising graduates in fine arts of the year 2011 ‘across Europe and beyond’. 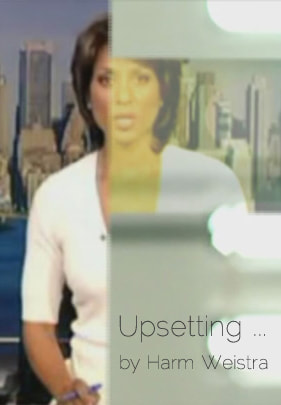 The video Upsetting ... (2011) is circling around the mantra 'It Gets Better', carefully compiled from video footage, found on the Internet. The video focuses on hatred and violence against the LGBT community. Upsetting … originally was meant as a diptych with the video Damaged Goods. Upsetting ... is based on video footage, the most visible part of YouTube, where Damaged Goods reflects the lesser known, more hidden part of YouTube: the user generated comments. Since Damaged Goods travels the world stand alone, the video Upsetting …. is under construction. References to Damaged Goods will be replaced, and the video will be updated, to reflect the latest developments in violence and hatred against the LGBT community.